Under the first phase of the two-phase programme, the consortium is delivering a feasibility study for a Phase 2 prototype which, if successful, will be built between 2022 and 2024 at Holyhead in North Wales. 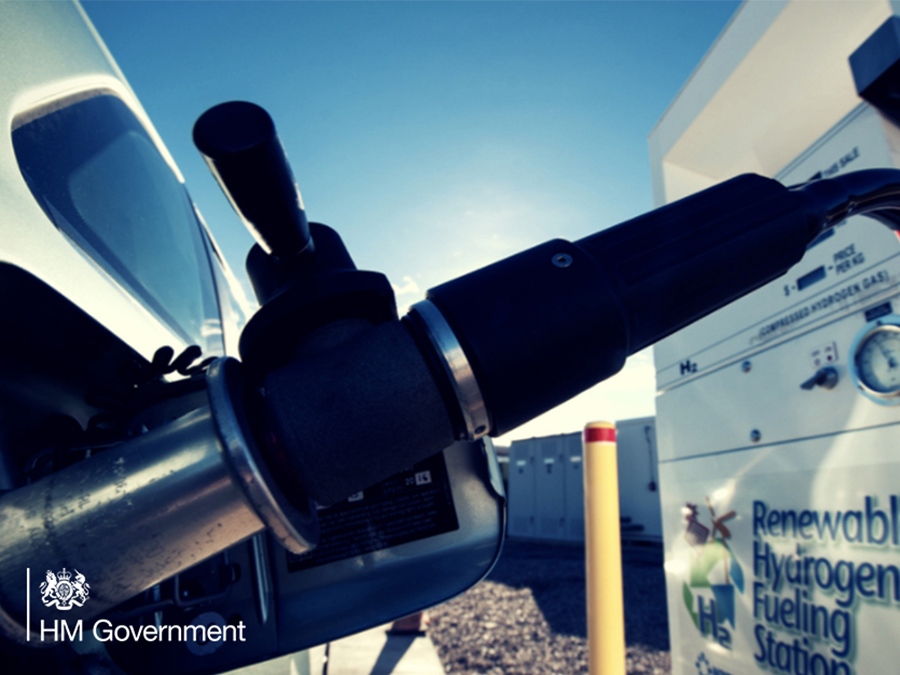 Why is this important?

There is a need for new technologies that can provide grid flexibility by utilising excess electricity generation. This otherwise curtailed electricity, can be cheaply converted into hydrogen, which is zero carbon fuel and better suited than batteries to the needs of heavier vehicles like buses and HGVs. While refuelling with hydrogen is simple, getting the hydrogen to the service stations is proving to be a problem and this project is addressing that.

Transporting hydrogen from hubs where it is produced, to service stations where it is used, involves movements through urban areas, so safety is very important. Consequently, the UK’s COMAH[1] regulations for dangerous goods prohibit the storage of hydrogen gas in large volumes in non-industrial areas like truck stops.

Brendan Bilton, Founder and Chief Technology Officer at hydrogen refuelling specialists, Element 2, commented: “This limitation on volume practically limits the number of trucks that a truck stop can service to around eight to 10 HGVs per day.  With around 500,000 HGVs on UK roads, compressed hydrogen simply doesn’t offer the scalability as a ‘Hub to Station' hydrogen carrier. We are excited to be part of this project because HydrilyteTM has the potential to provide a safe and scalable alternative that will enable the UK to lead the world in the transition from diesel to hydrogen powered heavy vehicles by 2030.”

Willie Reilly, Alliance Director at Worley, said: “Our advisory and project execution team is partnering with Carbon280 globally because of the potential for the HydrilyteTM technology to provide a safe, low cost, highly scalable, multi-purpose hydrogen carrier, not only for Hub to Station transport, but across the many industries that we operate in.”

“It will allow us to extract the full benefit from our home-grown renewable energy sources, drive down costs and end our reliance on volatile and expensive fossil fuels. Through this competition we are making sure the country’s most innovative scientists and thinkers have our backing to make this ambition a reality.”

Carbon280 Founder and Chief Executive Officer, Mark Rheinlander, said: “With the NZIP funding, the UK Government is uniquely positioning itself to leapfrog its international competition in hydrogen storage technologies. As far as we know, the UK is unique in offering 100% funding to pilot early-stage technologies like Carbon280’s HydrilyteTM and yet, it is at this point, when matched funding is hard to come by, that government funding can make the biggest difference to successful technology commercialisation. We are very excited about the opportunity to bring a global technology first to the UK.”

For further information on Element 2 and its hydrogen refuelling systems, or to speak to a hydrogen expert :

Hydrogen is useful across many industry sectors. These include: removing the intermittency from renewable generation, fuelling vehicles that are too large for batteries and as a feedstock for many industrial and chemical processes. However, while one kilogram of hydrogen contains three times the energy of a kilogram of diesel, one kilogram of hydrogen takes up 11 cubic metres of space at sea level, compared to just over a litre of diesel. This makes it hard to store and transport. The conventional approach is to compress it to very high pressures or to liquify it, which means cooling it to just above absolute zero. Both of these approaches are expensive and inherently dangerous. The multi-patented HydrilyteTM technology from Australian company Carbon280 stores hydrogen without the need for compression or cooling.

The  HydrilyteTM is a liquid containing a suspended metal dust that forms a chemical bond with hydrogen. The chemical bond is very stable and HydrilyteTM can safely retain 100% of the hydrogen stored in it, for decades. HydrilyteTM is made from cheap and plentiful materials and its performance improves overtime rather than degrading.

Carbon280 is the Australian and UK based developer of the multi-patented HydrilyteTM Hydrogen Storage Systems, which provide safe, scalable and cost-effective hydrogen storage and transport.

Element 2 is a UK-based venture capital backed deployer of Hydrogen Refuelling Stations and a retailer of hydrogen fuel to the fleet operators and other consumers. We are working closely with councils, transport operators and fleet owners to identify and develop sites and support vehicle conversions to accelerate Net Zero strategies. We are investing in prime locations across the UK and Ireland, and plan to deploy over 800 pumps onto the UK network by 2027 and 2,000 by 2030.