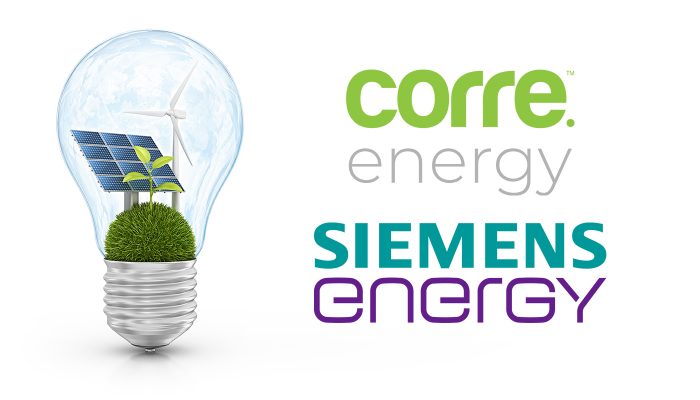 Corre Energy, a company at the forefront of developing Long Duration Energy Storage (LDES) projects and products, has announced a Global Collaboration Agreement with Siemens Energy. The announcement comes after the EU published its RePowerEU document which has underlined the critical importance of energy storage for energy security.

The collaboration will help accelerate the build out of LDES projects, helping Corre Energy systemise its overall approach to project delivery so that it can realise projects more quickly. The collaboration, which will also feature a strong joint advocacy approach will demonstrate the value and benefits of LDES in the form of underground compressed air storage to a much wider stakeholder audience.

The company welcomed the REPowerEU document which said, ‘Storage is key for enhancing the security of supply’ and declared electricity storage assets as being ‘in the overriding public interest’ adding that governments should ‘facilitate permitting for their deployment’. It went on to say that ‘appropriate support, including financial, should be provided to those projects that aim at increasing the storage and withdrawal capacities in order to ensure an increased level of preparedness and response to risks in the security of gas supply.’

The EU’s endorsement of LDES projects is a welcome boost for Corre Energy, which has ambitions to develop additional projects in Germany and further afield, and recently announced that it has completed the first engineering design phase of its flagship project in the Netherlands.

“Siemens Energy is a recognised leader in the development of cutting edge CAES technology such as their ground-breaking expansion and compression technology. Corre Energy is building a reputation as one of the leading ‘pure play’ LDES developers in Europe, and a market leader in the development of Long Duration Energy Storage projects, endorsed as ‘key for enhancing security of supply’ by the European Union. As such, Corre Energy is delighted to have the opportunity to see our expertise and that of Siemens Energy coalesce around a range of projects designed to systemise and accelerate our approach to the realisation of our pipeline of projects. It will also improve our advocacy reach through joining forces with a highly respected player in the field.”

“The Siemens Energy CAES system is designed to master the dynamic energy market environment with increasing renewables offering high efficiency, reliability, and flexibility. Together Corre Energy and Siemens Energy can help to accelerate the delivery of Corre Energy’s European pipeline of projects, which are designated in the respective electricity and gas Ten Year Network Development Plan (TYNDP) and deliver significant societal and system value for the benefit of all."

“This collaboration can help Corre Energy and Siemens Energy make a significant difference in the decarbonisation of the electricity system and help solve the problem of imbalances on the electricity network and help balance supply and demand. Long duration energy storage technology is engineered for outstanding performance and has a proven track record. The technology is efficient, reliable, and highly flexible. CAES technology can provide multiple projects and products for a wide range of customers, specifically developers and operators of large-scale renewable energy. We look forward to building a hugely collaborative relationship.”

Corre Energy (www.corre.energy) is a European company (listed in Dublin; headquartered in the Netherlands) that is at the forefront of developing and operating Long Duration Energy Storage projects and products. These projects unlock the value of renewables by combining hydrogen production with long duration, flexible energy storage, thereby supporting Europe’s net zero decarbonisation goals, increasing Europe’s energy security, and facilitating the energy transition.

Our first storage projects, both Compressed Air Energy Storage schemes, are located in the Netherlands and Denmark. Our near-term ambition is to develop additional schemes in the Netherlands, Denmark, and Germany, with further ambitions to develop in the UK, US and the Middle East. All of our active European projects are designated within the European Union’s 10-year network development plan.